Looking Back, or Last Week’s Lecture(s):

So it turns out the internet’s actually a pretty big deal.

What I took away from Dr. Radcliffe’s presentation last Monday is that “media” has been disrupted. Internet tore into the field, mobile phones are in everyone’s hands (who knew?), and there has been a sea change of who produces, who consumes, and how it’s consumed. But most importantly, we’re all still trying to figure out what those changes are, and what those changes will mean.

What Even Is Media, Though?

Obviously, human culture has a long tradition with creating and presenting art. And pamphlets and books aren’t entirely new either. Plus, for more than 100 years, we’ve had newspapers or something like them, and the last century has seen radio and television boom. 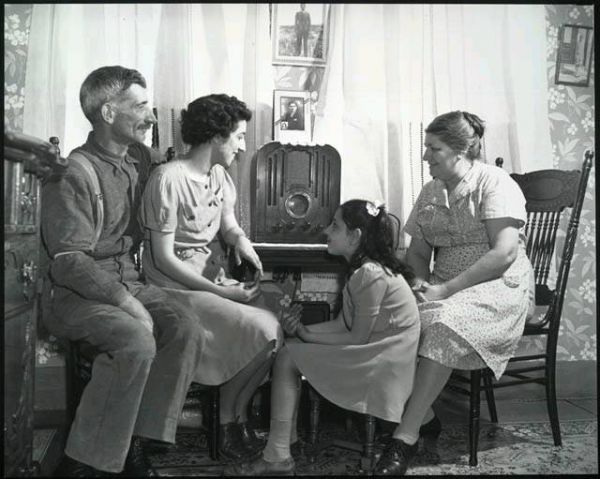 But I don’t think “media” has always had such an outsized role in society. To clarify: I’m NOT implying people weren’t always hungry for news, or they wouldn’t go to great lengths to be informed. What I am saying is I think it’s safe to say that compared to today, the different media available to the average person, and their methods of receiving it, were lower than ours today by orders of magnitude.

This is the generation of media. And “media” — turns out — is super hard to define. It’s… a self-perpetuating creation of a vicious virtuous vici-tuous cycle of technology, culture, conversation, politics and generational divide.

Here’s what I’m trying to say. Technology has changed our media landscape, just as media has changed our technology landscape. Dr. Radcliffe’s presentation did a much better job than I am of capturing the complexity of this moment, and some of its ramifications and measurements.

Meanwhile culture, politics, identity, generational differences and more have converged to make this an intersectionally impossible time to categorize. At least that’s what I was beginning to see at the end of the two professor’s presentations last week.

Meanwhile, I also enjoyed hearing about the theories behind media studies, the attempts to create a vocabulary, some rulesets and predictions. My undergrad degree is politics and international relations, and that’s a field that loves its theoretical models for interpreting socio-cultural effects.

I thought that the main difference between the two lectures and presentation was of slightly longer-term analysis and consideration on the one hand, and immediate, observational conclusions on the other with Dr. Radcliffe. Speaking in terms of personal preference, I think professional master’s will benefit more from that approach: contemporary analysis and consideration of modern trends. I like being anchored in theory, but I don’t relish diving into it.

Looking Ahead, or This Week’s Readings:

A Great Week of Reading for Children of the 90s

I’m 31 years old. That puts me at just the right age to remember the excitement of my high school finally getting 56k internet. I usually find it difficult to wrap that experience up in words, but there was a giddy joy that me and my fellow sci-fi nerds felt imagining what the future would be like.

Many of this week’s readings confirmed what I’ve sort of always known: if we’re all waiting for flying cars before we say we’re in the future, we should probably stop waiting. The way media is created and consumed, distributed and monitored alone amazing. The articles about Golden Ages of Television are a great example of this – it’s a multi-faceted moment to try and explain, but it’s all changed.

I was older than 13 when I got my first cell phone, and I never committed to a truly “smart” phone until I was nearly 23. But I remember what it was that convinced me: a friend showed me how his smartphone was able to use the phone’s gyroscopes and camera to track the position of celestial bodies and show and identify constellations, planets and stars in real-time — as you looked at them.

It’s cliche — even trite — to say “the future is now,” but I find it helpful to frequently stop, take stock and remember how many previous advancements were making us say, “the future is right around the corner.” There was so much in the 90s and early 00s that made us say, “Once we can do [blank] with our technology, then the future will be here.” And this week’s reading helped me to again take stock and say, “maybe we made it… maybe [blank] is finally possible.”

For me, the thing about The Economist’s reporting that was so impactful were the two articles that described the very, very long history humans have with not only highly dispersed “news reporting” but also extremely biased sources of media. It’s a very, very recent trend to think that where you get your information from isn’t potentially a “tainted source.”

For the most part, you were getting your news from a drunk guy at the local tavern, who heard it from a minstrel who got in from a two-week trip from the nearest city hub, who was maybe paid by the local feudal lord to spread a war fervor.

To that end, I’ve always felt — and have felt growing — a sense that the “golden age of pure journalism” is a misconception. The idea that there is, was, or always has been a group, class or profession of people who pass along information objectively, with a pure underlying sense of fairness is laughable at best.

The control, creation and spreading of information has always been driven by political and/or personal gain. America’s experience with monolithic news organizations that claim to commit themselves to truth, justice and the American way is a flash in the pan. But it’s also not exactly true, anyway.

No one knows anything, we’re all in it together

I loved Benedict Evans’ presentation on technology trends (well worth watching/listening over reading). It was the only thing we saw this week that put any amount of order to the chaos that most other analysts and writers were describing. We’re in the middle of a total shift, and few people have a sense of what it means, or where it’s going.

TV has changed, radio has changed, movies have changed (more than once), commerce has changed (over and over again), production models change, finding creative ways to extract money from the masses is always ongoing. One might go so far as to say that the only constant in it all is change.

The common theme through so many of the articles as also how much everyone is struggling to make money. No company wants to just pack up and go home, and so the struggle to define what works, what doesn’t, and how we can make money is very, very real.

The Latest, or my Favorite Readings this Week:

Over at Stratchery.com, Ben Thompson talks about tech trends and performs analysis on new media events. His big piece this week was about the resignations of Instagram co-founders, and what he suspected the reason for that was.

The entire article is worth a read if you’re interested in the money-making side of tech startups, particularly product-driven companies like Instagram. Throughout the blog post/article, Thompson explains the challenge of making money when all your company actually does is support an app that shares photos.

He compares Facebook’s timeline of creating a broad user base and then selling ads, compared with other online social apps.

Instagram’s choice to market “Instagram Stories” as a flagrant response to Snapchat is covered, as well as its relative success.

The TL;DR version? His last paragraph:

This is the context for whatever dispute drove Systrom and Krieger’s resignation: not only do they not actually control their own company (because they don’t control monetization), they also aren’t essential to solving the biggest issue facing their product.

I really like Thompson’s writing. He’s clear, direct, understandable and just this side of casual while still obviously knowing his stuff.